God knows everything about you and he knows you... We even thou we can not admit to adore ourselves and to want to be adored... We have as individual human a tendency to fixate ourselves s on ourselves rather then to give service... this is because of our egos... Yet we are born to transcend our egos  and this is threw humility and painful confrontation of our limitation of our prideness... threw humility we are save we receive Grace we feel comfortable to give our broken self to God. Threw humility we love ourselves God loves us  as we remember that God love the humble but reject the pride the greatest sin the first one that Adam and Eve committed... Yet Christ saved us. 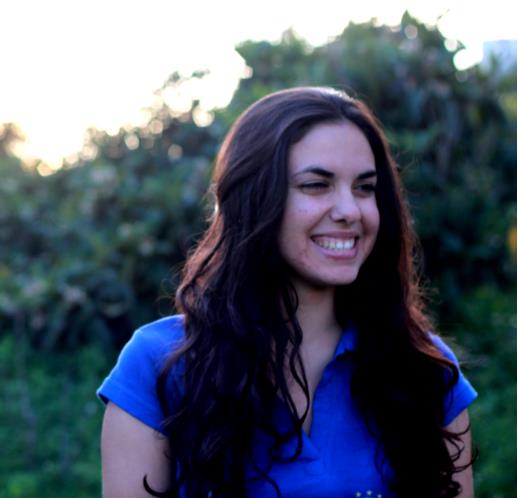 1)      How is the best way to describe yourself?
Thoughtful, objective, emotional, honest

2)      Why do you write?
To vent out my feelings, emotions, thoughts. To try and make sense of a situation.

3)      What is the Goal of a writer?
Express his opinions with the general public

4)      What is your Goal as a writer?
Express myself in order to be understood and to bring a certain degree of objectivity from which people will hopefully reflect.to hopefully write something remarkable.

5)      What inspires your writing?
My feelings and observations, music.

6)      How would you like to spend a typical day when coming to writing?
I don’t spend days writing, mostly a few minutes whenever I need to

7)      How does your writing come out?
I believe that, that is a matter of subjectivity.

8)      What are your interest your favorite subjects you like to write about?
Love, life, politics, social concepts.

9)      Who inspires your writing and your will to write?
My will to write comes from myself, what I feel usually inspires me. I admire Paulo Coehlo, but in a way think that one shouldn’t idolise someone to much, everyone is human after all


Posted by shaun psaila at 2:19 AM No comments:

Mark Montebello On Anarchism and Institution

1) First of all I say that I liked the book Il-Fidwa ta L-Anarkiżmu and it would be great to be translated into another language such as English. So therefore do you consider yourself an Anarchist and can you tell me the history of such Facultative Anarchism that you propose for the best solution for humanity and how come such idea came up in your perception?

Most people think of anarchism as total chaos. This is the popular perception of anarchism which cannot be farther from the truth. Anarchism is a system wherewith people can come closer to their natural being as free agents. For this reason, anarchism is opposed to all forms of oppression or coercion, whether it comes from cultural factors or from institutional entities. So, if you ask me whether I am an anarchist in this sense, not in the popular sense, I have no doubt to answer you, yes, I am. Now what I have called ‘facultative anarchism’ is one of the first steps in the process of individual and collective liberation from the shackles of oppression or coercion. It is a psychological way, if you like, of preparing oneself to be autonomous and independent, a way which may remove a person from virtually being a slave of others. This I have learnt close up by living in a society the institutions of which are practically absolute, and where dissent is unaccepted. Throughout the literature and practice of anarchism, say from the 18th century onwards, such a personal liberating culture has been at the basis of any other action for the freedom of society.

2) Is Facultative Anarchism possible? Do you think you are an Idealist?

What I call ‘facultative anarchism’ is certainly possible since it related to psychological attitudes which do not be necessarily overt. On adopting such an attitude one may not bring an immediate revolution to one’s life styles. Nevertheless, it may be the beginning of a transformation which, in the long run, will make a lot of difference. If one is not mentally and affectionately free, one will never be able to accomplish further stages of freedom, autonomy and independence. Considering this, of course I am an idealist. I believe that it is possible for people to escape the many modes of oppression and coercion that surround them. I believe that this is achievable, and that it has already begun to take place.

3) Dostoyevsky once wrote that if Jesus would return and preach his message of liberation he would be again crucified. Also the church which makes the Catholic religion is an organised religion that makes part of an institution therefore we can see resemblance with what happened in the end to Jesus to Marx where his aim to free the consciousness from the tyranny of economic exploitation was turned to a system of repression in the U.S.S.R while also to Sigmund Freud which his discovery of psychoanalysis was then said to have become by Michel Foucault to have turned as an institution. Also how would you comment to this statement and do you see that doubt can lead to a more true religious conviction and were such Anarchism suggested in your book Il-Fidwa ta l-Anarkiżmu that create doubt and check up make such institution more open such as an open society giving more credibility to the institution existence?

Institution are from their very nature oppressive. They cannot change their nature. Also, we cannot not live within institutions, at least how our lives are organised at the present moment. Nonetheless, we must all strive to increase as much as possible our personal freedom while still living within institutions. Not to change institutions, for this is not possible, but to await a time when we can do with the least institutions as possible. This can be personal and it can also be communal. Revolutions which failed all follow a pattern. They began with eliminating the oppressive and coercive institutions before transforming personal attitudes and social consciousness. That’s putting the cart before the horse. Jesus never spoke of institutions. He spoke about conversion of the heart and mind. It was only later that institutional concepts crept in and distorted the philosophy of Jesus. The male-dominated world is obsessed with institutionalisation. This is the perfect recipe for domination. Religion cannot liberate people. It is just another form of domination and oppression. Only spirituality can, for this is a question of attitudes, character, and ways of thinking and behaving.

4) Do you think that what you described in Il-Fidwa ta Anarkiżmu occurred in the Nationalist party institution that "criminalised" Franco De Bono?

Surely but not only. De Bono’s case is a known one. However, in all sectors of life and employment people go through the same situation. They are generally not known but to their inner friends and family. Each and every one of us needs to discover what I call ‘facultative anarchy’, that is, the faculty to be free despite everything and everyone.

There are a number of signposts. Conforming is one of them. People who want to play the institutional game give up their freedom and submit to the obligations of their institutions. They become as if they were an extension of their institutions. Another marker is their readiness to submit the welfare of individuals to the needs of institutions. They lack the profound respect due to each and every person; persons are only considered to be numbers, clients and files who, even unwilling, assist in the power which the institution amassed for itself. Yet another pointer is a person’s double-standards, wherewith an aura of compliance and formality is upheld for the functionability of institutional requirements while a private sphere will be completely or partially different. These are some of the indications that a person is consciously and willing submitting to be effectively disabled. There is no authenticity in this. There is only a will to take a ride over the institution’s back, even if this means relinquishing one’s freedom and integrity.

6) What benefits are you going to have being with authentic people?

The benefit of being true to oneself is the greatest benefit of all. But there are others. There are the pleasures of doing the work one likes to do, to be content in one’s employment, to be free to express oneself as one feels and desires, to discover the blessings of community living, to enjoy the fruits of one’s own work, to take pleasure in leisure, and others.

7) What benefits you are going to have being with socially excluded people?

People excluded from one social group are people included in another. The idea here is not to be a happy hermit living a life of seclusion and isolation. The idea is to live within a community. We never live in communities, very often not even within our families. Very often we are simply people who happen to be together. This is not a community. Discovering anarchism is being a living stone in the edifice of a community, where communication is held as the cementing material of all members, and where love ― not force, threats, coercion, etc. ― are the rule of the day.

The concept which is being developed to today is to aspire to live in a ‘post-human’ world. What this could mean is that we unfetter ourselves from the idea that human beings are something special amongst other animals and in nature. What I call ‘facultative anarchism’ is the first step towards a free love relationship with other fellow human beings, with all living creatures and with all creation. The ideal is not confined to the human sphere alone. Post-modernism, by abandoning concepts such as those of grand-narratives, the truth, and objectivity, amongst others, have opening up a world of possibilities and adventures which were unknown before. Nevertheless, in the process it also squashed and snubbed the value of love, community, fraternity, equality, freedom, and other important ethical ideals. Post-modernism relativised everything; it made everything flat; it reduced everything to mere whims, transitory impulses, passing urges, quirks, fads, and caprices. Post-modernism deflated, and rightly, the supposed grandiosity of human beings. Nevertheless, this might have not been what was needed; or better, this is not what we need. We need to re-discover the value of human beings, not as special, unique or extraordinary creatures, for we are nothing of the sort. We are part of nature. We are nature. We are one being amongst all other animate and inanimate beings that exist. We have to re-discover our oneness with nature. Only anarchism can do that.

A copy can be downloaded from this website http://markmontebello.blogspot.com/p/free-download.html

In the play 9 Parts of Desire by Heather Raffo that I saw in the St James Cavalier theatre an experimental circle theater 3 main points hit me. The deformity of babies that are present in the South of Iraq babies that are born deformed by the so called in Italian “Uranium ipoverito” that comes possible from the missiles of the war that occurred that the doctor talks about. The idea that Saddam Hussein could be removed before and aid was not given by the Americans such as the last war in Libya as the communist were butchered together with those against the Saddam Hussein regime and the last point is Saddam Hussein kept Iraq such like a female that is abused physically, psychologically and spiritually. So in the last the reflection is what can we do we normal people in these circumstances of war, people dying of hunger and dictators we common people what can we do.

At the first time I saw the play I thought it was nothing special but know I think it deserves to be analysed by these three points that I mainly believe are true realities.

Posted by shaun psaila at 1:33 AM No comments: